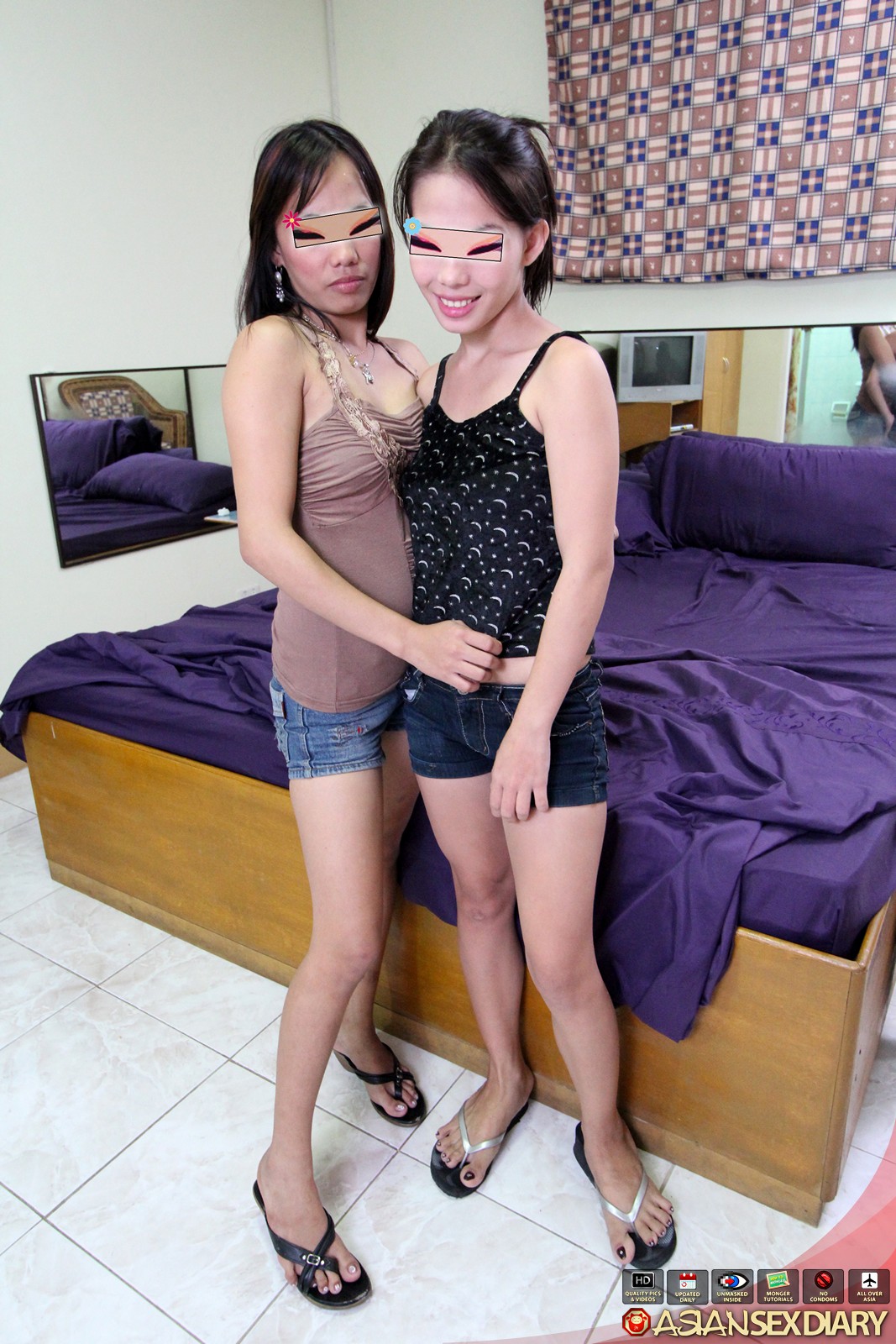 Moon jerked the big black dicks. They were so meaty and huge compared to Headline’s white penis. Actually, his was bigger than most of the Asian men dicks she experienced before. However the 4 black dicks she jerked and then sucked were much bigger. They humiliated Headline with his smaller penis. Moon had to join them and say how much she loves the black dicks. For her pussy they were a challenge. But again, her pussy liked them. Unless she was full and stimulated, her pussy was wet and produced sexual energy.

One black guy after the other slid his penis inside her. One of the dicks was in her mouth and two she was jerking with her hands. She was heavily busy but still could see Carlos the producer of the porn movie. He was recording them with two video cameras and still made pictures with a photo camera. Probably the pictures were for the cover of the movie. Carlos was were wearing no trousers. He took them off at the beginning of the recording. Whenever he had time he jerked off. It seemed to her as he tried to find out the best angel of the scene for the viewers.
When she had no dick in her mouth she had to insult her boyfriend and say that she never had been fucked like that. Then a black penis slid back in her mouth and her speaking role was over. She just had to take them. She tasted penis and pussy. It was her own pussy juice.

The guys fucked her and let her suck them afterward. She was fine with it. It was exciting to be surrounded by so many huge penises. She felt them in her hands, her mouth, and her pussy. She felt electrolyzed and a bit out of control. She just reacted to what happened and focused on the pushes her pussy received, the taste in her mouth, and the feeling of her hands. Everything was overwhelming and stimulating. She felt increasingly excited and decided to let her go. Why should she fight it? Let them have a good movie. The excitement grew and ended in an orgasm.

Moon felt how her pussy become wetter. Her pussy juice helped to glide the black penis easier inside her. The black guy who fucked her informed Carlos and pointed to her wet pussy. Carlos happily filmed everything. They turned her from missionary to Doggy style position. She realized that the 4 black guys were a team. She was not the first woman they gang banged in Europe. Headline told her something about a series and that they already produced 3 Gang Bang videos. So she would be part of the 4th one?

By fucking her doggy style, Moon had to use her arms to hold her body. So she couldn’t jerk of the guys anymore. As a result, the two guys in front of her were competing who could push their wiener inside her moth. She did her best to suck them equally. This was hard, as she was hammered from behind. The two guys standing behind her arranged themselves. One was fucking her doggy style and one was resting. As a result her pussy was constantly hammered. She had difficulties taking that much and moaned loudly. This helped her a bit. Not that the two guys working on her back made a break, no, they enjoyed seeing her out of control.

Her body needed to moan and helped her to relax again and take the hard pushes from behind. She was sweating before. With her body losing control, she started to sweat like a pig. Team pussy and team mouth exchanged again. Now the two dicks in front of her smelled and tasted like a vagina. Without further hesitation, she sucked the clean and swallowed whatever was in her mouth. The anal penetration started and she had to ride one man, who was lying under her. She could look him in his eye, while his penis was in her pussy. Another guy’s dick was in her asshole.
Moon felt O.K. with that. She did those positions often at Mike’s apartment.

His friends loved gang bangs and so she often fucked with 2,3 or more guys. To have a very hole filled was not new to her. The intensity of the sex dropped. Carlos was now more interested to have a couple of positions recorded. She still felt out of control, like on a drug. But this was easily handled for her. They went through a couple more positions before the black dicks exploded. She had to lie on her back. One pussy team was working on her vagina and one moth team was fucking her head. Firth the mouth team came and shot their sauce on her face. Some of the cum was also flying to her breast, but most landed on her face. She could taste it as well.