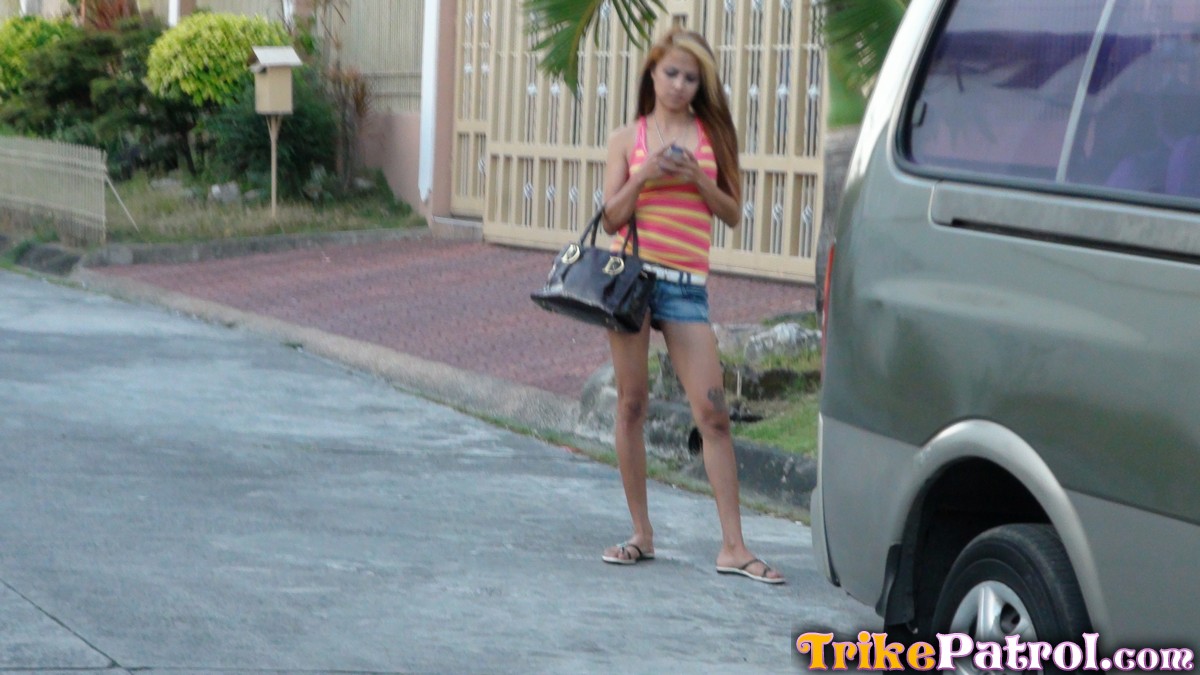 The men were not so aggressive, especially when I was there. First, they thought that I was the only one that fucked Vanta as I was her boyfriend. But Vanta made sure that all the while,  they talked about sex e.g. by simply asking why they came to Pattaya. If a man didn’t mention that he was here because of sex, then Vanta continued asking about sex. She simply asked him if he likes Thai Girls – or if he liked men or women?

However, somehow, she always found her way in getting her message out. It was a simple message that every man liked to hear. That she would be easily available for them if they would pay her for sex. She was also much friendlier to other men than to me. A beautiful, young lady that approached you and talked about sex, even when her boyfriend was next to her. Which man wouldn’t like that? As stupid as it may sound, this also had a great advantage for me. I made many friends when I went out with Vanta and many of the guys she started a conversation with, ended up at our blow job bar sooner or later.

Vanta was aggressive and target oriented, however, she always tried to play with men. At least it seemed to me like that. I often thought that she just liked to be at the center of the universe. However, she knew that she easily got the attention of other men. Wherever she went, she somehow, ended up talking to each person a little bit. Irrespective of where we were, at the lobby, at the breakfast buffet, in the bar, in the discotheque, at the beach or in a restaurant. Whoever she could contact with her body language or with a real conversation, Vanta tried her chances.

She also never approached women or couples. She didn’t seem to be interested in them. She liked men who were in Pattaya for one reason and one reason only – sex. In contrast to her, I was more of a quiet person. Anytime I talk a little bit with her, I try to ignore her once she was flirting with other men. I also never complained either. While one side felt hurt, the other side felt excited. The excited side was looking at a man and asked if this guy was going to fuck Vanta. This made me curious about what was going to happen and so this side was somehow, more fascinating for me. I just had to watch them and see what was happening. With many guys, we ended up at our apartment or their hotel room. I could watch them get naked and have sex with my girlfriend. Once you see a man fucking and jerk off, you think differently about him. Not that I was gay, but still, there was a connection between me and him after he fucked my girlfriend. So I always asked myself this question, when Vanta is flirting with another man, if this guy is willing to pay her, what was he into? Will he fuck her anal? Was he a pervert? How did he react to Vanta’s seduction? I asked myself these questions and waited for the answers. Because Vanta was very seductive and she was patient in what she was doing as well.