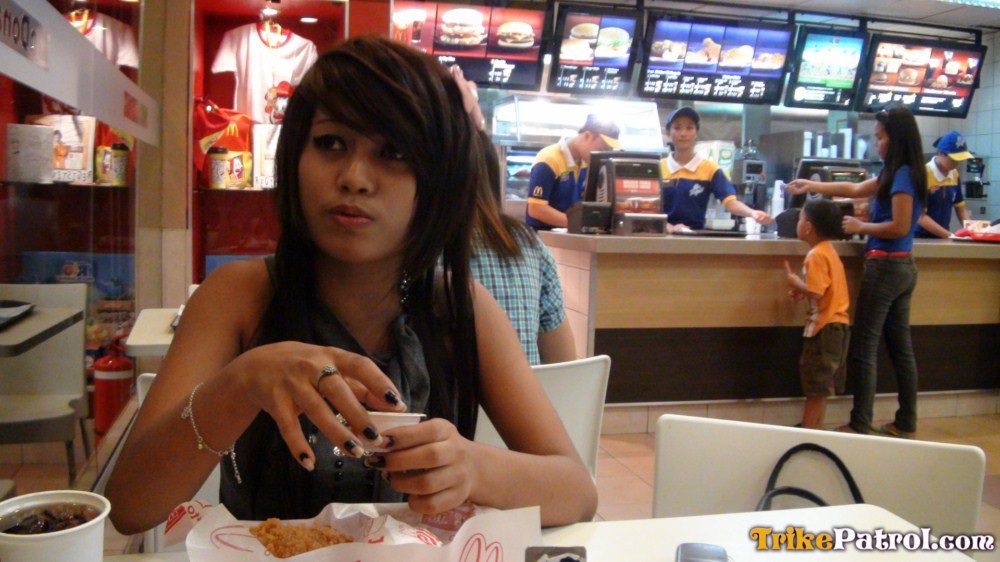 My girlfriend sat down again and jerked Michael’s highly, erected penis. He couldn’t hold it for long and soon started to moan. Vanta prepared a long piece of toilet paper and made sure that he jerked his complete sauce inside it. Then she stood in front of William and put on her underwear again. Nevertheless, she did it in a way that William could enjoy her body. Once she sat down on the couch, she turned to William and asked him to shoot his stuff on her naked belly. Her words electrified him and so, he kneed next to her, and masturbated until he was coming. A white liquid was covering Vanta’s belly, and she removed it with another long piece of toilet paper. Once this was done, she turned back to Michael, and massaged his penis again. He was tiered from his orgasm, but also excited from the porn movies. He looked numb and just let it happen.

William got everyone a beer, and they drunk and watched porn. Vanta kept stimulating Michael and told him that he still had juice inside his balls. She outlined her words by playing with his balls. Then she let him know that she would need to suck him, this time, to get him hard. First, Michael didn’t understand but then, he reached again into his pockets and pulled out more money. Vanta took it and put it into her short that was lying on the floor. Then she kneed down between Michael’s legs and starts to suck him. Michael rolled his eyes and I felt that he really liked it. William played with his hanging dick and watched them. I was already jerking my penis anyway. Even I felt strange about me and my girlfriend. Somehow, I like to watch her doing it with other men. I don’t know why. It is simply exciting to me. It took very long until Michael was getting hard again and was coming into Vanda’s mouth. Again, a long piece of toilet paper was prepared and Vanta spited all the stuff into it.

Now, Vanta was full of energy. She lets us all know how much fun it was for her to suck those dicks. She might already have been drunk and seemed to be really horny from all the sexual action. Michael was done and he puts on his shorts again, and left. Vanta tried to convince him for a third time, but he was empty and said good bye. Vanta turned to William and asked him to invite another friend. William liked the idea and was making some phone calls. This was when I had a mind-blowing idea. I explained to Vanta that the entire hotel is full of sex hungry men. So if she really wanted to suck more dicks, she could find them here, everywhere. She looked confused as if she didn’t understand me. I helped her by suggesting that she should look around at the hotel. There are enough men. William jokingly suggested that she should hold a shield with the words, “Love to give Blow Job”. We all laughed until Vanta jokingly agreed that this was a great idea. Suddenly, I understood that I was wrong. She was not joking. She was dead serious.