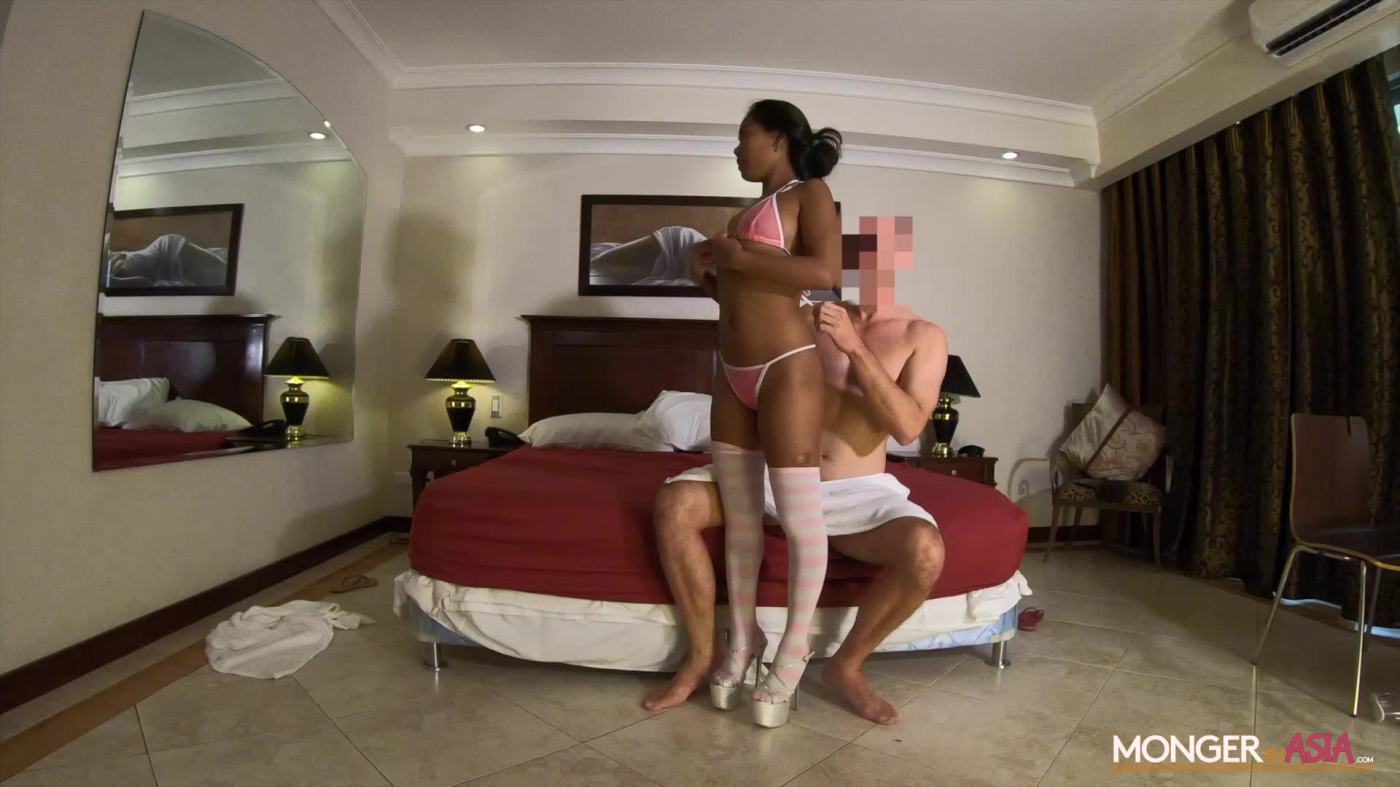 After the call, I felt very excited. Many thoughts went through my mind. The pictures William made with Vanta, Vanta’s narrow pussy and my night with her. Even though her pussy was small, it was a great night with her. She was so hot. Some scenes of last night came up again and I had to massage my hard penis by thinking about them.

My Memories of this morning came back: Vanta was sitting on the same couch where I was sitting now. She was looking so sexy with her purple shirt and black skirt. I politely asked if I could sit next to her. We started to talk about sex in a very easy way. We started kissing and I played with her body. Finally, my hand went to her pussy and I slipped one finger inside her. Her body was so beautiful and hot. After the shower, we went to bed. It looked great how she spread her legs, so I could get inside her. It was also great to fuck her doggy style. Even though I came early, it was so much fun, seeing my dick pushing into her pussy. I still remember how I was standing behind her, holding her small butt in my hands and massaging my penis with my second hand. Then I pushed my penis into her meat. I studied her beautiful back, while she was looking down to the bed. Her long hairs were fully hiding her face and I just kept pounding away. I would love to make pictures with her.

We met the same night, but to my surprise Vanta was not with Fred. Two other sexy girls and a foreigner were sitting next to Fred. As it turned out, it was William. I couldn’t resist and asked him about his experiences with Vanta. I waited till we were on our second beer. Actually then, I would probably be too shy, but Fred was already talking all evening about pretty girls and sex. Also, I got so hard this afternoon when Fred told me about William and Vanta that I had to ask him. So, I started the conversation by saying that we had something in common. William looked surprised, but then I released the secret and told him that Vanta was with me last night.