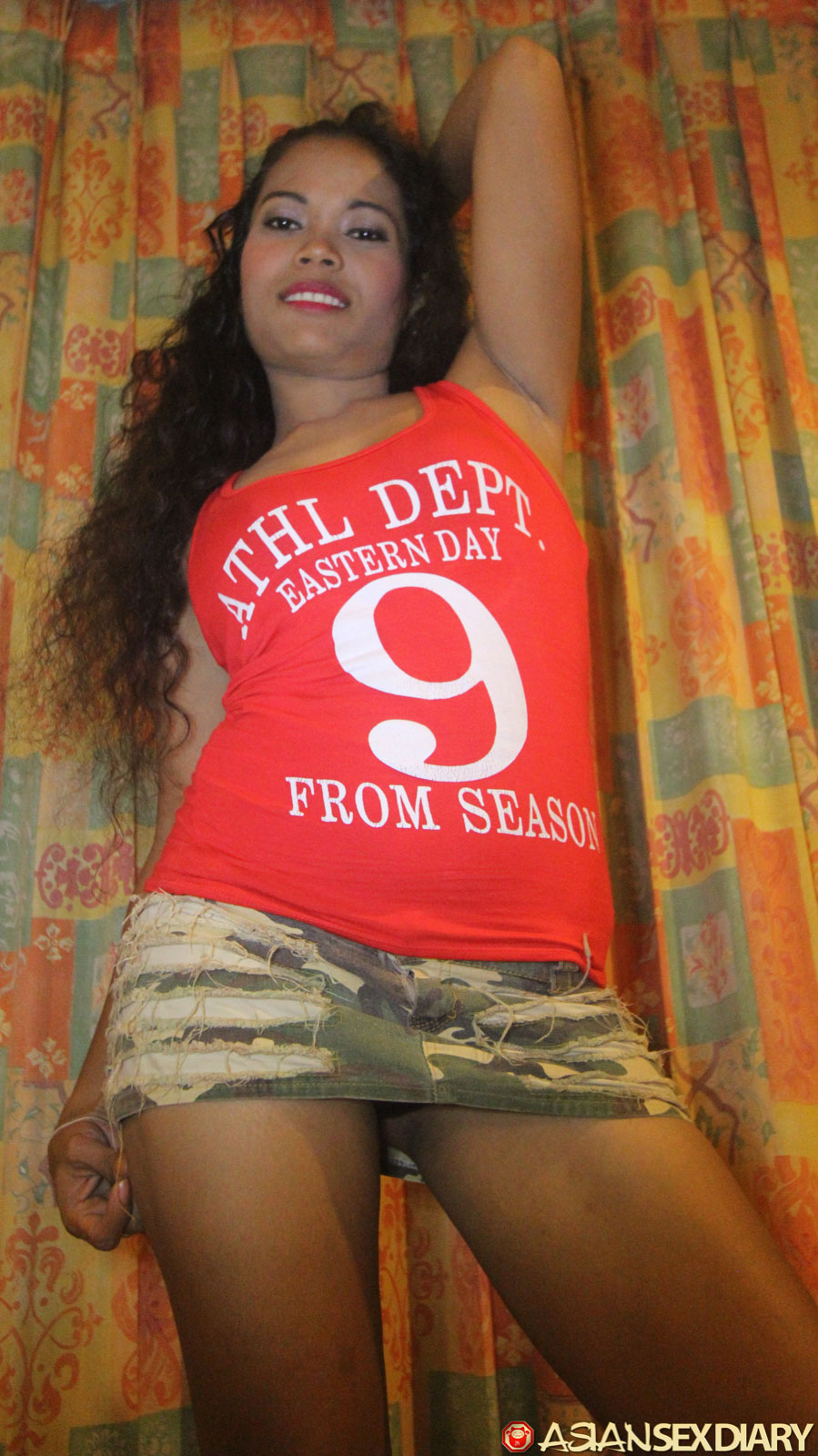 The way he picked up the camera looked very unprofessional, yet it also added to the charm of a simple amateur video. Now the camera only showed Vanta’s bum and his penis fucking it. After a while he suddenly stopped and pulled out his dick.

Vanta looked back to him and seemed to be surprised. He then said something quietly that sounded like “smoke” and my wife moved towards him and removed his condom. Sitting on the edge of the bed she sucked him and when he was close to his orgasm, she jerked him until he came on her breasts.

First of all not all men really were into hard fucking. Actually many men preferred it soft and quietly and so it made sense to show a variety of movies.

Secondly you could not only show hard fucking movies as the viewers also had to relax a bit in between. So a combination of soft and hard worked the best.

When Vanta’s movies were shown at our bar she was interested to watch them and liked to see the reaction of the guests while they saw her sucking, fucking and much more. However she also got very shy and her face turned redly. She then looked as she couldn’t imagine that she had done all those things and sometimes she seems to be a bit disgust that she saw herself doing something naughty. However most of the time she smiled and laughed seeing herself on our TV and the big glassy eyes of our guests who desperately watched her.